Didn't know it was possible for a launch this messy. Plenty of bugs are preventing people from playing NBA 2K20 and no one is happy about it. NBA 2K20 players from all over came together last night in protest...
Last 2KDramaAlert: https://www.youtubeid.com/watch/YQnjAtGGRbA

You dumb niggas keep buying and covering the game it will never change. Just a part of the problem.

This guy is annoying. How does the breathe while talking when his glasses are pinching off his nose?

Just hire more developers all this money for nothing! Lol🤣

What 2k should have done: -make a neighborhood with all three parks and their respective affiliations split up by a town/shop area with stores, apartments, practice facilities, etc. -keep the speed ratio from the start, but make guards 15% faster and bigs 15% fasters -instead of pie charts, let us pick 2 main skills (ie. Sharp and playmaking) and let us adjust the blend like custom shots -spend more money on servers and bug testing and less on graphical improvements and actor casting for career -hire a “community development” team that looks at twitter and youtube for common community opinions/requests so they can make those changes -give ronnie a warning about making false claims

Okay, Agent tell me this. You say you speaking out for the community Facx, but what about other YouTubers who do they speak for is it the same way as you or do they speak for themselves to get more of a privilege over on us common folks to have the upper hand. So it's between most YouTubers and 2k who we common folks have to go up against to get a good game.

2k became more business.... They made 2k20 based on difficulties to advance for money!! Smh its not fun nomore

Still won't buy this game till it's fixed

Yo agent beemstar ur sweating crazy!!! turn the AC on in that bitch!

Wow last patch turned this game into 2k19 can’t slash without getting sucked into a contact animation, middies are dead every AI has HOF clamps again. Every slashing badge is useless and if the badges aren’t HOF then wraps its trash man I fucking hate this game 😂 #fix2k20

How about the fact that we can't reset our Takeover .....like we was promised!!!!

kill everyone . 4 months ago

Every year ya'll saying it's fixed, like have you retards not learned ur fucking lesson?

This video is a waste of time. I will play only my career mode

I DONT EVEN HAVE FN COMMENTARY!!!! THIS GAME IS A FUCKIN SCAM!!!

2k need to remove some things within the game to make it playable. These dumb story lines and a bunch of useless content.

Rip my name on my jersey

Yo i got that quitting games penalty, but i can’t dismiss it, everytime i try, it keeps popping back up, what do i do?? Someone help me

Bro love your channel. I'm from Hamilton (close to the 6ix) Love you reppin the 6ix man! Keep up the good work!

Let me catch my Son complaining about lootboxes but letting the game not working slide.

I was gonna stop watching but then I saw that Birdman was getting mentioned.

lets all shit on 2ks face

You need to donate a few pounds fat boy LMAO

I play casually not my favorite game. And Angry joe cares about the gaming community as a whole we don’t won’t that shit in games! And it really is predatory for a game with an e rating that kids can play. You pay real money for a chance to get a good card that has no value outside the game or the year of the game!

Perhaps that slight stamina buff might multiply as the handles for days badge gets upgraded? #fix2k20 #fireronnie2k

You fuckers who played the my park bs over exhibition modes ruined the game . 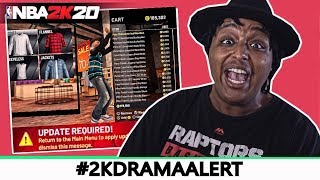 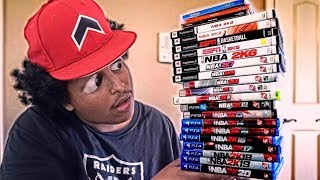 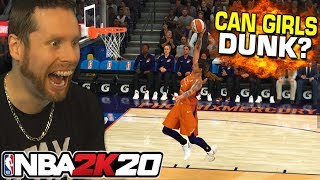 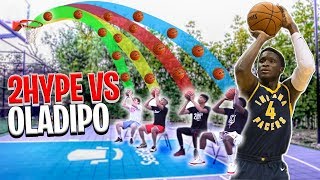 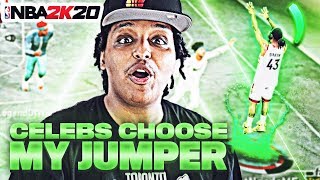 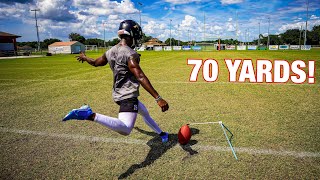 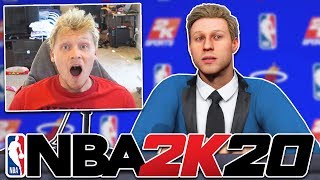 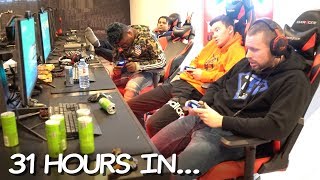 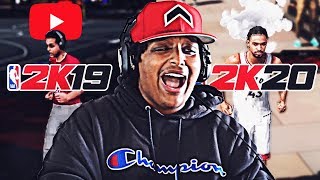 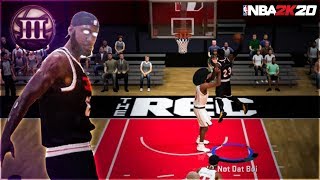