The Bella Twins on their start in WWE, being inducted to Hall of Fame | WWE BACKSTAGE | WWE ON FOX

Published on 1 month ago


Brie and Nikki Bella join Renee Young on this week's edition of WWE Backstage to discuss their journey to and start in WWE, being inducted to the Hall of Fame, and much more.

About WWE ON FOX:
Your official home for all things WWE on FOX, from Friday Night SmackDown to NXT and everything in between! WWE highlights, WWE Backstage segments, original stories with your favorite Superstars, and much, much more — find it all right here on WWE on FOX!

The Bella Twins on their start in WWE, being inducted to Hall of Fame | WWE BACKSTAGE | WWE ON FOX
https://www.youtubeid.com/watch/4WaZunY-rgU

What are your thoughts on The Bella Twins' journey?

Nikki better order some high rise tights for her return!

They don’t deserve it

Still saying it Nikki is where she is due to John!! Der I said it haters bite me come!!

JBL and the Bellla's over Christian and Lilian Garcia? This company is a joke.

You are a JOKE 🤣🤣🤣 not saying you don't deserve to be HOF but Not Yet... I mean, there are a lot of the Women's Superstars who gave their all to make the road you have now...

But tell me how Trump in the hall of fame before these history makers?

These models had a senseless career. Wtf is bellalution?

I love you guys like a piece of heaven

i feel like everyone gets into the hall of fame

I remembered when Nikki defeated AJ Lee and Brie kissed AJ Lee, damm those were the days...

It's the WWE Hall of Fame and the WWE it is bigger than the two nights people see on TV. So how again do y'all know if they deserve it or not?

I Love The Bellas ❤

Its going to be an awkward moment when Nikki and John see each other at HOF night!

The most underserving whores in history

Where is Punk when you need him?

I do understand everyone's frustration with this. I'm happy for them but it's just not the right time. In 6-7 years maybe, but not now. I like them and I do believe they've done a lot for this entertainment. Because this is a very significant part of wwE - entertainment. They've been terrible at acting, always, this is the thing they never improved, but they were always entertaining. And without them to be there when this new wave of amazing women came to kick their butt and show how talanted they are, the transition wouldn't have happened. Because women's division came after the divas division. And the women's division is so powerful and looks so good because you have the divas division to compare (not just that - this is the strongest wwe's womens division has ever been). And these women in the previous era - it's not their fault that they were used for their bodies and their looks. Not everyone can be AJ Lee. Not everyone is capable of changing the dynamic of the division (which's been the same for 10+ years) all by herself. So they are not to be blamed for working with what they were given. And as the divas division - The Bellas were in the top. Later with TD and TB, this sells. I watch TB and I enjoy it and it's my choice. But this sells and people watch it. And for the Bellas and WWE this is a win-win situation. It's true when they say that these reality shows have helped expand the wwe universe, because they are people who checked wwe because of TD and TB. So again win-win situation. With that being said, sorry for my English, I am happy for them, I think they deserve it, just NOT NOW. Not before Michelle McCool, Victoria, AJ Lee and many more. It's not the right time.

Stuff like this is why WWE will never be cool anymore

Are they being inducted in a botched hall of fame?

so happy and proud of them true legends but how the hell isnt sable being imducted maybe theres things we just arent privvy too sable, molly, jazz, stacy keibler like how does wwe make these decisions

I love it when they say things in sync with each other.

I don't mean to be rude ! But many people deserve the hall of fame more than they do

They got inducted a decade too early.

Congratulations to the Bella Twins

They dont duckin deserve to be in wwe hof

Still waiting for AJ Lee and Mickie James to go in

I wish they would place Miss Elizabeth in the HOF.

Those pants Renee.. I love you

Y’all wanna say that they had 15 minutes of fame and that they married or dated powerful men that put them on the radar to have a reality series. WWE gave them the opportunity and believed in them to bring more eyes to their company, make them more money and they stayed loyal for a decade looking like jokes at times but evolved their craft, the mentality in the company and the demographic. Y’all can stay mad, yes maybe there’s other women that deserve it but the Bella Twins really played their cards well, seized their peak time and influence, nobody can deny that.

Nikki deserves the hall of fame because she is a very good wrestler however Brie ......

The Bella twins are gorgeous

They don't deserve it, the past divas such as sable, molly Holly, Victoria, nidia, Dawn Marie, Stacey Keibler, Michelle Mcool and Mickie James and Jazz are more deserving.. 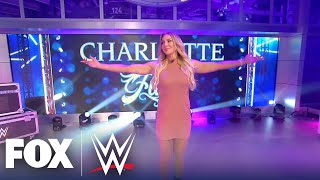 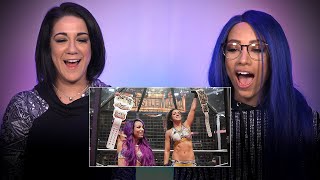 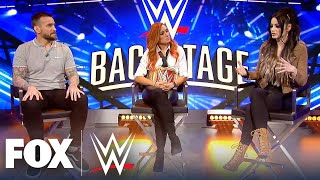 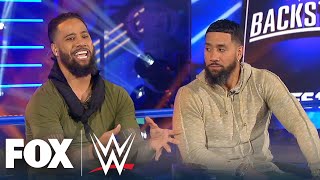 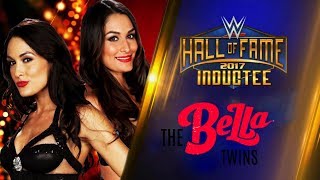